If you are a parent of a school aged child in New York City school system [ New York City Department of Education ] please read immediately.

Unfortunately, the core of her argument was based on a lie: the claim that chronic absenteeism rates at these struggling Renewal Schools had dropped from 25.3 percent to 23.9 percent between the 2013-2014 and 2014-2015 school years.

These numbers seemed too good to be true, but Fariña’s Department of Education continued to assert their accuracy, even reporting the false absenteeism rates to the New York State Department of Education in February and April. Only in July did parents and the public learn the truth — and it didn’t come from anyone at Tweed or City Hall.

The Post revealed that chronic absenteeism rates were much higher than Fariña had claimed, and the city now says the actual absentee rate is just under 40 percent.

The city scrambled to write off this huge discrepancy as a clerical error. In reality, it’s just another example of the de Blasio administration cooking the books on the progress, integrity and safety of city district schools. Unless the comptroller, public advocate or state Education Department quickly decides to conduct a thorough audit of the Department of Education, students, parents and teachers are at risk of losing an entire school year to this kind of deception.

Four major pieces of news over the last month — from the chronic absenteeism scandal to fake course credits, stories of bullying and revelations that the lead levels in school water are likely higher than tests indicated — amount to a crisis proving that the Department of Education refuses to tell the truth.

In addition to twisting data about absenteeism at Renewal Schools, the DOE has deceived families about the quality of their children’s education by failing to discipline 36 schools that awarded credits to students in inappropriate and illegitimate ways.

Each of these schools found creative ways to help students get credits without actually earning them — like giving out credits for non-credit classes. But instead of taking steps to curb this phenomenon, the DOE let 26 of the 36 schools off the hook entirely and only assigned monitors to the remaining 10.

It would be bad enough if the administration’s lies ended here, but that’s only the tip of the iceberg.

Over the summer, lead test results indicated that less than 1 percent of the water samples from over 1,500 school buildings across the city contained a harmful amount of lead.

These seemingly impressive results concealed the truth, which was later uncovered by the New York Times: All of the schools ran their water for two hours in advance of the test, eliminating most lead from the water and skewing the results of the test.

Mayor Bill de Blasio and the DOE have also crafted a false narrative around the epidemic of violence in the city’s district schools. The de Blasio administration has denied the ongoing crisis of school violence for months, and has under-reported bullying data for years.

Last week, New York Attorney General Eric Schneiderman released an analysis confirming this pattern and called on schools to more comprehensively report instances of bullying against their students. According to Schneiderman’s office, a full 71 percent of district schools across the city didn’t report any such incidents during the 2013-2014 school year — meaning that thousands of bullied kids never had their stories told and never got the help they needed.

Not only do these cases reveal the truth about city district schools, they expose the de Blasio administration’s misplaced priorities. Appearances are everything for the mayor and the DOE, and they’re committed to painting a rosy picture of city schools even if it means shirking responsibility and hurting the students they’re supposed to protect.

There’s still time to right the wrongs de Blasio and his DOE have inflicted on New York City families, but the city needs to act fast. Students, parents and teachers can’t possibly spend another school year listening to a constant stream of lies from the man who’s supposed to be the steward of our schools. And they shouldn’t have to.

Jeremiah Kittredge is CEO of Families for Excellent Schools.

This is a great American hero.

William Brown’s 20-year career with the NYPD ended in 1968 at the rank of detective.

Brown was assigned for most of his career to the 79th precinct in Brooklyn, but he did stints in the 104th Precinct in Queens and the 25th Precinct in Harlem.

He received department honors for rescuing a woman and her child from a burning building in 1960, busting a man with a loaded gun in 1962, and arresting a burglar armed with a knife in 1964.

During World War II he fought with the 369th Infantry Regiment, known as the Harlem Hellfighters.

He passed away this year at the age of 95.

Few things aggravate me more than the mess created by the U.S. government’s BIA mismanagement and in my opinion how it perpetuates social dysfunction among native peoples.

Well good news one of my favorite writers Naomi Schaefer Riley clearly explains the issue and solution in this article:

Quick quiz: What’s the best way to stop a company from building an oil pipeline on a piece of land you find valuable? Answer: Buy the land.

After staging protests over the last several weeks, the Standing Rock Sioux Tribe has managed to temporarily halt the construction of the $3.7 billion Dakota Access Pipeline. The pipeline, which would carry 470,000 barrels of oil a day from North Dakota to Illinois, doesn’t actually go through the reservation land of the tribe, but tribe leaders say it’s on land that has cultural significance to them.

They also worry that if the pipeline leaks, it’ll affect their water supply. Finally, they say, it’s land that was taken from them in the 19th century.

Fair enough. But by that logic, of course, American Indians could object to the development of most any part of North America.

It’s not as if the builders of the pipeline or the feds have completely ignored the Sioux’s complaints. The pipeline has already been rerouted to avoid certain cultural sites, and the tribe is now getting its water from a different source farther away from the pipeline. The Army Corps of Engineers held 389 meetings with 55 tribes about the project and met with the Standing Rock Sioux a dozen times.

But the results haven’t been satisfactory to the tribe. So let’s imagine a different scenario — in which any group of people in the United States wanted to block development on a certain site. Perhaps it’s the Mormons who hear a skyscraper will be going up in the place where Joseph Smith saw the golden tablets.

Or take a real-life example: The home where the poet Langston Hughes once lived is up for sale. A group of people want to turn it into a museum. In order to do so they’re raising money to buy the building from its current owner.

Why is life like this at Standing Rock? Ironically, the Sioux there aren’t in a position to buy land adjacent to the reservation because they don’t actually own the reservation land. Reservation residents have no property rights. Their land is held “in trust” by the federal government.

If the federal government gave them the reservation land outright and allowed them to actually develop a private sector there, they might have some money. Indeed, there are plenty of farmers and ranchers living just off the reservation who make decent livings. When the oil company wanted to build the pipeline, it came to them and asked permission. They have decided to allow the pipeline to go under the land they own. They’ve been paid thousands of dollars to do so.

The Standing Rock Sioux, though, have no recourse. They don’t own the land, and they don’t have the money to buy it. Some tribes have been able to amass funds that could help them fight for their lands in court.

The leadership of the Senecas, which have made $1 billion off their gaming operation, say they’d never again be subject to the treatment they received in the 1960s when the Kinzua Dam was built. In the process, 10,000 acres of the Allegany territory were condemned, and more than 700 Senecas were displaced. As one of the leaders told me, “That would not happen today. If someone said they wanted to put our territory under water today, there would be so many lawyers and congressmen here.”

It’s true that in America, just as everywhere else, money talks. But so do property rights. Even taking into account the Supreme Court’s terrible Kelo decision (allowing the use of eminent domain to transfer land from one private owner to another in the name of economic growth), American citizens can still reasonably expect that their rights as property owners will be protected. But memo to Uncle Sam: The Sioux can’t exercise property rights without property.

Naomi Schaefer Riley is a senior fellow at the Independent Women’s Forum and author of “The New Trail of Tears.” Twitter: @NaomiSRiley

He spoke about ActUp, PETA, ELF, ALF and Black Lives Matter and their origins in the turbulent political climate of the 1990s.

Parents know the facts about your child’s safety this school year.

from the Daily Beast:

Harvard and MIT may rack up academic accolades, but crime doesn’t look at SAT scores. From murder to burglary, among the 458 colleges and universities ranked by The Daily Beast, these were the top 5 with the worst grades.

For The Daily Beast’s second-annual ranking of the most dangerous colleges in the U.S., we pored over the three most recent calendar years of campus security and crime data (2006-2008) compiled by the U.S. Department of Education, as well as the FBI and the Secret Service, in conjunction with the Clery Act, the federal mandate requiring all schools that receive federal funding to disclose crime information annually. 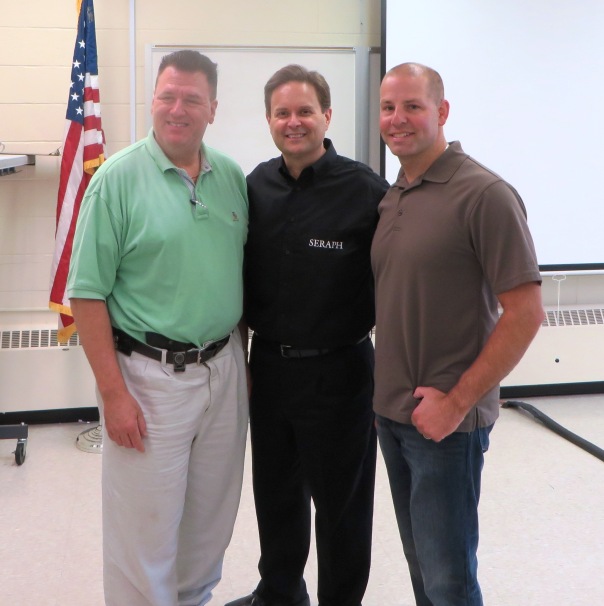 Get a group of parents together write a letter [this is required by Federal and State law IDEA] with these questions then submit it to your school board:

Don’t assume the leadership has done this. GET THE FACTS!